These days I can be heard saying that after walking this earth for a third of a century, I have had enough sugar to last me for a lifetime.

A tub of ice-cream with syrup and sprinkles? … Barely satisfying.

Dressed up cakes? … Piece of cake!

Candies? … Don’t let me near them.

If I had known earlier that how people in the west celebrate Halloween, I would have convinced my mom that she ought to put us all, or at least me, on a packet heading there.

Then recently, I was watching Wreck It Ralph with my princess and I thought to myself, I would have loved to be in such a land during my youthful days. But as years go pass, I found myself turning away from sugar land. Sugary bites which were once my main reason to live, have totally lost their appeal. I even skipped the dessert section in a buffet often.

These days I seldom pick up baking books any more. Most books feature sweet bake goods prominently on their cover and/or their content. Then, almost as if as an after-thought that the authors slipped in some savoury baked goods for the sake of … Completeness? Increased catchment?

However, interesting recipes do pop out of places which you least expect.

This was the much talked about book back in 2010 which I found sitting in our library. I cannot believe my good luck. Either people have already tire of her French food, or that I was just plain stone age in terms of cookbook fad. Whichever it was, I was happy to lug it back home.

Going through my blog, I realised that I have never posted a single savoury biscuit/cookie here, unless you count that Savoury Gruyere Cheese with Thyme Granola.

Then I spotted these from the book. Mine were definitely more … rustic looking. But don’t be put off by the looks of these buggers. They do pack a punch and the savoury cheesy smell coming out of the oven when it was baking … it was Mmmmm … You do know what I mean, don’t you? 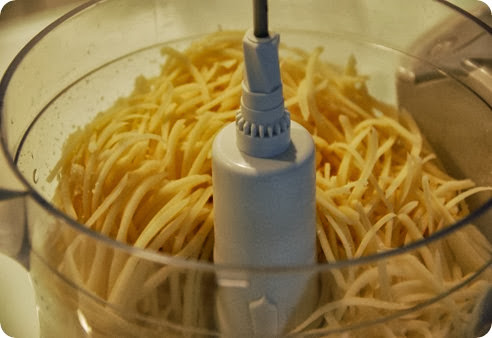 With this amount of cheese going into the cracker, how wrong can the recipe go?

I sliced them thinly and laid them out on the oven to bake. They don’t spread, so it is okay to place them close by each other. 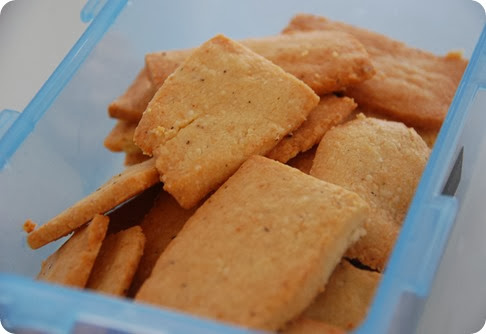 These crackers are seriously cheesy and must be enjoyed in moderation. One a day is a good limit, I think. Maybe, two.

The next time when there is a craving for munchies, these would definitely come in handy.

Recipe can be found here.