As we took the Airport Limo (its a bus, actually) heading to the hotel, Hubby spotted a playground nearby. So after we had some rest and refreshed ourselves, we hunted down the place. The playground is really huge. At least 5 times bigger than our usual playground found at HDB estates. With the temperature of 8 degC. It is really nice to run about without working up a sweat.

Here's my princess taking her first swing. Swings are becoming a rarity in Singapore these days. Reason: unknown. 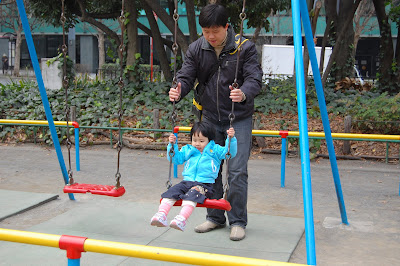 Sharing a ride with the locals. Notice that only the mommys bring the kids. No daddys in sight cos it was a weekday. And during the weekends, it is vice versa. What a cute culture! 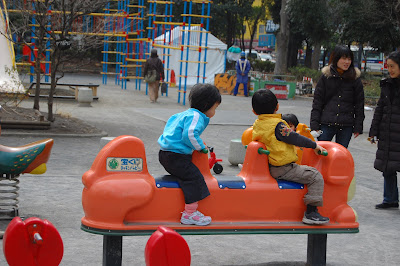 A kiddy slide nearby. 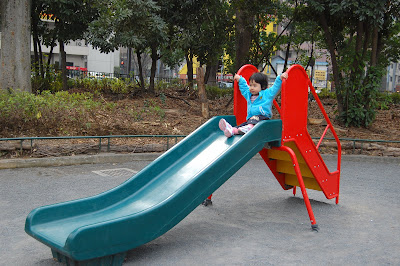 Look how happy she was. Until today, she is still asking to go back to this playground! 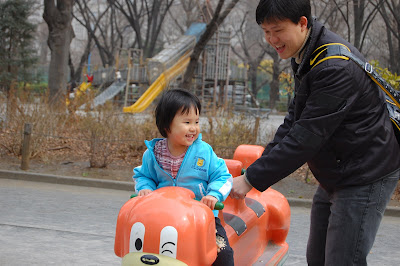 This is me running around the park with her chasing after those poor fat pigeons. The pigeons are 1.5 times bigger than those pathetic ones here. Maybe they eat better food there like the people? The people sitting in the benches are vagrants. It is quite a common sight even in the busy shopping areas of Shinjuku at night. I wonder how they could withstand the coldness at night? 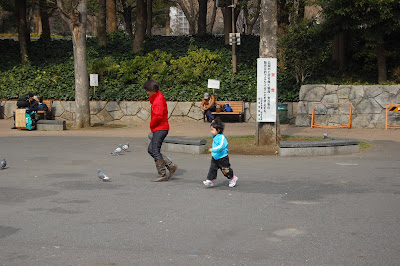 And of cos, this is the ultimate reason why my little one loves that playground. This long scary yellow slide (on the right) which will chill your bones (if the cold wind hasn't). For some reason, the slide is really fast and taking it for the first time, I thought I got myself into a roller coaster! 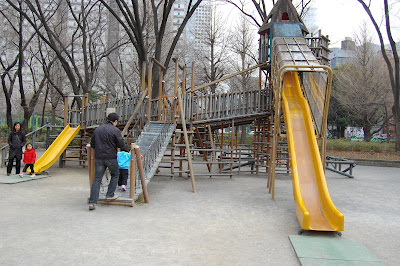 This is me and her. I was trying to brake with my boots and eventually wore out some of the leather on the sides. 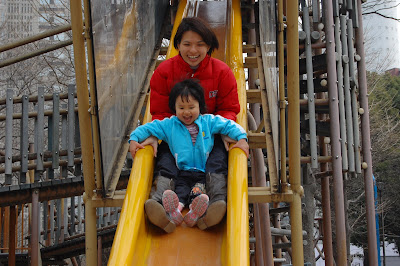 Jas, this is for you. This is Krispy Kreme at the Tokyo Times Square. See the long queue? After I kept my camera, I was told that there is actually a continuation of it at the other side of the building. Doughnut die-hards. The queue is there everyday and if I recalled correctly, it was the same thing when I was there half a year ago. 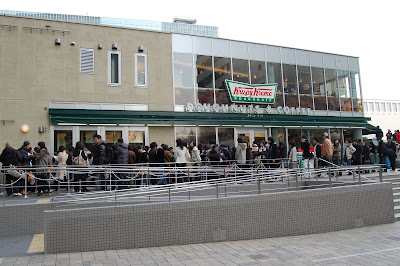