It has been on my mind quite often these days. Especially since I bought these cute little ice-cream makers by Tupperware. 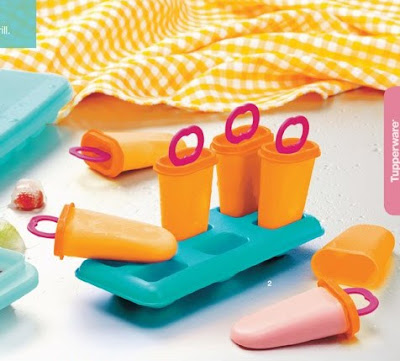 Although the easiest way to go about it is to just buy an ice-cream maker from Cuisinart, I just can't bring myself to buy a single purpose equipment much less think about where to store it in my tiny kitchen. But all hope is not lost, for I've learnt that people do make ice-cream long before Cuisinart makes ice-cream makers. What a discovery!

I'm doing some research and hopefully get to experiment with it once our little princess is done with her cough. Sigh ...

But in the meanwhile, I made this. 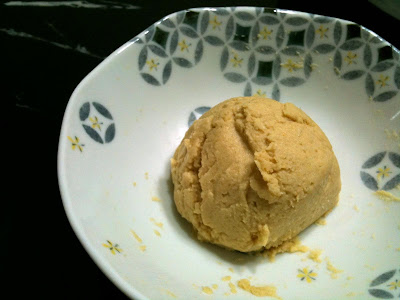 When I saw this, I asked our little princess if she would want some ice-cream. Her whole face lit up brighter than a bulb. Then reality hit her and her eyes were full of suspicion. She leaned closer for a sniff.

And then, she said: "This is not ice-cream!" Her eyes were full of accusation.

I love doing that to her. I would think that after I die, she would probably have it engraved on my urn: "My beloved mother who taught me never to take anyone's word for it."

It was actually hummus made from blended chickpeas.

My initial attempt was quite disappointing in terms of taste and texture. 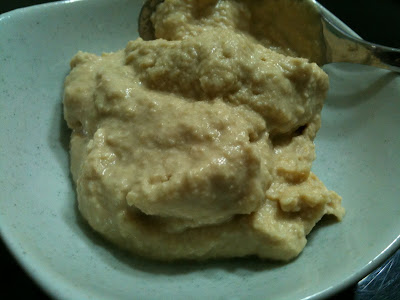 I dislike the bitter taste of the sesame paste and also it was too runny and bland. So in making the second batch of it, I was careful not to add too much water during the blending and also added a liberal dash of cumin for taste. Oh, the sesame paste was cut down too.

I have been dipping chips and taco chips into it. I wonder what else I can eat this eith. Hmmm ...