With primary schools closed for the whole of last week, I took time off from work to stay at home with our little princess.

During the week, we did a some revision but mostly we had fun either cooking or just playing games.

I don’t like study week. I dread it, in fact. Ask any JC/poly/Uni student. And if I were to call it that, I am sure our princess would come to dread it too. So we kept things light-hearted and generally just enjoying time with each other.

We started off the week by making these buns for dinner. She had initially asked for pan-fried buns (生煎包) but there was not a scrap of minced meat to be found in the fridge. So I created my own filing based on whatever I could find. 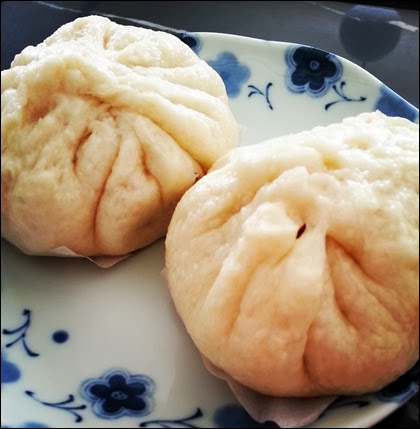 I had used the same dough in my previous post on Nikuman. I love the texture of this dough. The buns were light, soft, springy and the dough was easy enough for a beginner to handle. And the beginner in this case was our little princess.

She was tasked to man the mixing in KitchenAid while I did the rest of the prep work.

Once the dough was done, I had her frying the filing. We fried onions, carrots, firm beancurd, shiitake mushrooms and napa cabbage. Seasoned with oyster sauce and we got on to start filing the buns.

The buns were surprisingly gobbled up by our princess who turned her nose up when she was the firm beancurd being dumped into the frying pan. I guess anything seasoned with oyster sauce cannot go too wrong. And for this addition, the buns are not strictly vegetarian.

After this session, our princess was officially granted license to hang around the kitchen to help.